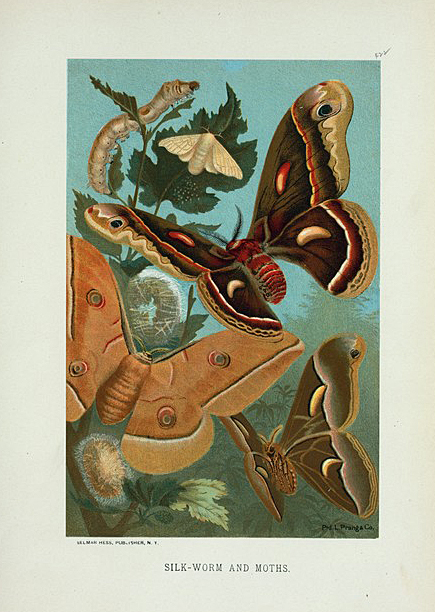 Because the Silk Road is a concept, encompassing a conglomeration of trade routes across Asia into Europe that evolved over time and on which goods, ideas, religions, customs, food and much more were traded and developed, rather than an actual route, a physical highway with a beginning and an end, I have created the notion of the Three Beginnings to encompass the development of the concept of the Silk Road as well as the beginnings of trade.  In this unit we will discuss the Archaeological beginning (1), that is, the moments when and places where, the archaeological records tell us that the peoples of Asia began to explore and trade beyond their immediate locales and to cultivate silk and other products for export.  We will also discuss the Legendary beginning (2) which are the stories, usually Chinese, that tell of the first people to make silk and the first contacts with people outside of China.  Finally we discuss the Scholarly beginning of the Silk Road in the nineteenth century when the Silk Road, when the term Silk Road (seidenstrasse) was coined by an Austrian scholar, Ferdinand von Richthofen who made several expeditions to China.  He, along with many other explorers and scholars from France, Great Britain, Germany, Hungary, and the United States, published books about the Silk Road, establishing it as a scholarly topic for discussion and placing it in the mind of a Western audience, cementing east/west paradigms that still live with us today.